Mountain Ski Resort Gudauri: located on the southern slopes of the main Caucasus ridge, 2,153 meters above the sea level, 120 kilometers from Tbilisi, is beloved by skiing, snowboarding and heli-skiing fans. Depth of the snow is  reaching 2 meters frequently and the climate is mild with lots of sunshine during the season that lasts in Gudauri from December to April.
Winter-ski Holidays in Gudauri: at the altitude of up to 3,000 meters, there are four 18 km. marked skiing track lines, fitting the European standards for: slalom, giant-slalom, super-giant and downhill track lines, which are popular among professionals and amateurs. Three Dopplemayer elevators with 3 and 4 seats connect all skiing areas. Gudauri slope is always entirely available for those who like to ski on virgin snow; they have at their disposal the slope of 4 km wide and 5 km long, with difference in altitude up to 1,000 meters. Special helicopters for heli-skiing are provided for experienced skiers, who can avail the service to go as high as 3,800 m which is the height of the Main Caucasus Ridge. All lines (red, blue, and black categories) are perfectly prepared and certified with FIS certificate. Gudauri ski resort is a real haven for professional and amateur alpine skiers. 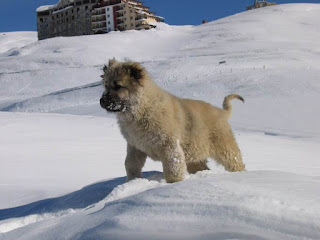