Day 1: Your walking tour of Baku includes the medieval walled city "Icheri Sheher" with its narrow alleyways, historic caravanserais, mosques and Palace of the Shirvanshahs. Visit the 12th century Maiden’s Tower, the imposing mansions of the oil barons, built in the oil boom of 1870-1914 and Martyr’s Alley with its superb views over the Bay of Baku. Lunch. A trip to the Absheron Peninsula, visiting the Zoroastrian Fire Temple and Yanardagh (Burning Mountain). Dinner at Karvansaray restaurant with national music show program.

Day 2: Departure for Gabala early in the morning. The city, which is situated 225km from Baku, was built 1,800 years ago, for 600 of which it served as the capital of Caucasian Albania. The program includes visits to the historical museum and Albanian church in the Nij village. 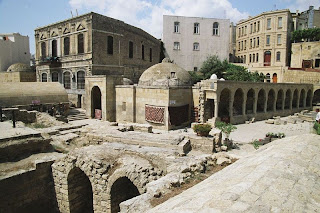 Day 3: Depart for the Caucasus Mountains in the northwest of Azerbaijan. The dry landscape around Baku gives way to a densely forested mountain area. Visit the town of Shemakha, Juma Mosque and Yeddi Gumbez. Lunch in local café. Drive to Sheki. Check in at Sheki Saray Hotel. Drive into the countryside to the village of Kish with the oldest church in the Caucasus dating from the first century and enjoy walks in the surrounding Caucasus foothills.

Day 4: Transfer from Sheki to Shemakha. In this city, you will have the opportunity to visit such historical and architectural monuments as the Juma Mosque (19th century), Yeddi Gumbez (Seven Domes) and the observatory of the great scientist, N. Tusi, where one can see one of the biggest and most ancient telescopes in the world. Return to Sheki. 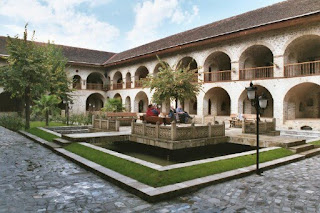 Day 5: Visit the Royal Summer Palace of the Sheki Khans with its magnificent frescoes and stained glass as well as Sheki Museum and Fortress. Drive to Baku. Visit to Kish and lunch on the road.

Day 6: Baku – Guba – Baku. Breakfast at the hotel. Drive to Guba, the northern part of Azerbaijan, border with Russia. Visit the Krasnaya Slobada, the Jewish settlement in Azerbaijan. Drive back to Baku. 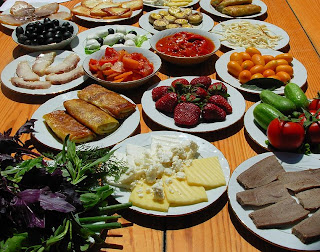